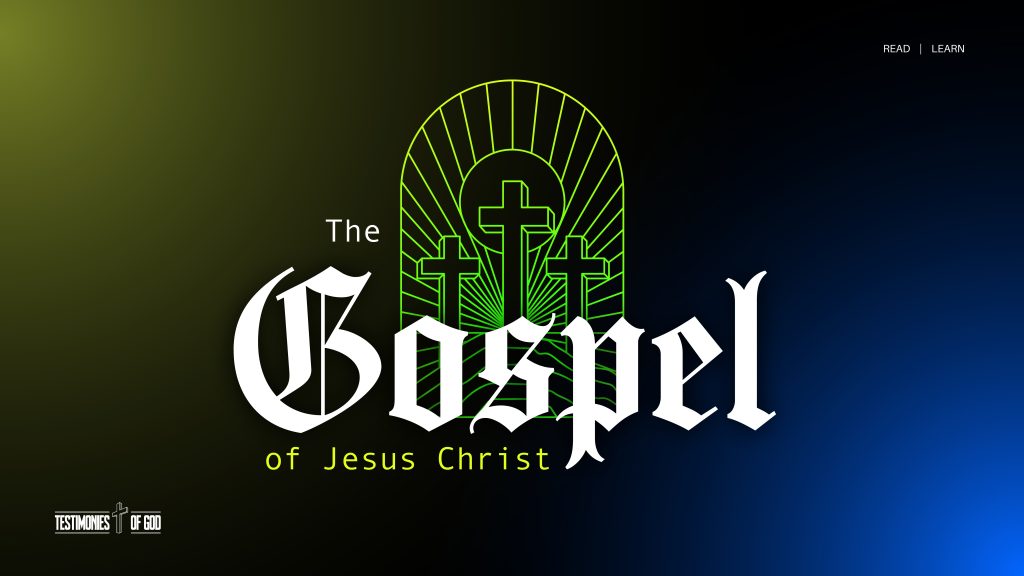 The Gospel is all that God has done, is doing, and will do through the perfect life, death, burial, and resurrection of our Lord and Savior, Jesus Christ.

The Good News of Jesus is the power of God to eternally save people from the penalty of sin and to unite believers with Christ so that His resurrected life is lived out through them (Galatians 2:20). The question is, who and what do we need to be saved from? The answer is God. It is God Himself who is inflicting His wrath upon the sinner. Matthew 10:28 says, And do not fear those who kill the body but can not kill the soul. But rather fear Him who can destroy both soul and body in Hell. We are guilty before a Holy and Righteous God. Psalm 14:3 says, “They have all turned aside, they have together become corrupt; there is no one who does good, no, not one.”

Before we can prescribe the cure, we must address the disease. That disease is sin, and Romans 6:23 says, “The wages of sin is death, but the gift of God is eternal life in Christ Jesus our Lord.” The bad news is shown to us in John 3:36, which says, “He who believes in the Son has everlasting life, and he who does not believe the Son shall not see life, but the wrath of God abides on him.” There is a standard as to which we are called to live, and that standard is the Law of God, the 10 Commandments. The Law alone makes us aware of our sinfulness and our need for a Savior. Paul said in Romans 7:7 What shall we say then? Is the law sin? Certainly not! On the contrary, I would not have known sin except through the law. For I would not have known covetousness unless the law had said, “You shall not covet.” Psalm 19:7 says, “The law of the LORD is perfect, converting the soul,” and Proverbs 16:6 says, “It is by the Fear of the Lord that man departs from sin.” In Acts 3:19 it says, “Repent, then, and turn to God, so that your sins may be wiped out.” If there is no godly sorrow for sin, then there is no forgiveness. 2 Corinthians 7:10 says, “Godly sorrow brings repentance which leads to salvation and leaves no regret.”

The testimony of the LORD is sure, making wise the simple. When we look at the Law, we see that we have all lied, stolen, taken God’s name in vain, and looked at another to lust after them, which Jesus said was committing adultery within the heart. Hebrews 9:27 says, And as it is appointed for men to die once, but after this the judgment. So when we stand before God on judgment day, we are guilty just on the basis of those four broken laws and deserving of hell for the life we’ve all lived in sinning against God. Furthermore, James 2:10 says, “For whoever keeps the whole law and yet stumbles at just one point is guilty of breaking all of it.” The Good News is that Christ did for us what we could never have done ourselves by Him living that perfect life, fulfilling the Law, and becoming the perfect sacrifice to appease the penalty that we deserve. Hebrews 10:12 says, “But this Man, after He had offered one sacrifice for sins forever, sat down at the right hand of God” and Romans 5:8 says, “But God demonstrates His own love for us in this: While we were still sinners, Christ died for us.” Rom 5:15   15 But the gift is not like the trespass. For if the many died by the trespass of the one man, how much more did God’s grace and the gift that came by the grace of the one man, Jesus Christ, overflow to the many! 16 Nor can the gift of God be compared with the result of one man’s sin: The judgment followed one sin and brought condemnation, but the gift followed many trespasses and brought justification. 17 For if by the trespass of the one man, death reigned through that one man, how much more will those who receive God’s abundant provision of grace and of the gift of righteousness reign in life through the one man, Jesus Christ!

We broke God’s Law, and Jesus paid the fine; that’s what happened on the cross. That is why He said three very profound words just before He dismissed His Spirit, saying, “It is finished.” (Insert Tetelestai meaning). This revolutionary truth enters a believer’s life on the heart-transforming work of Jesus Christ solely through the power of the Holy Spirit by faith alone both for now and for eternity. Romans 10:17 Faith comes by hearing and by hearing of the Word of God.

“I have been crucified with Christ, and it is no longer I who live, but Christ lives in me. So the life I now live in the body, I live because of the faithfulness of the Son of God, who loved me and gave Himself for me.”

Jewish Man Hears The Gospel And Recognizes He Needs Jesus 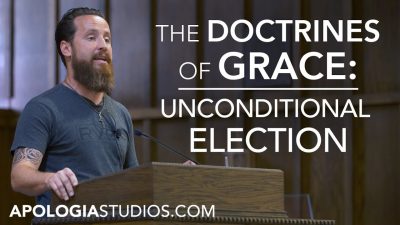